We had a full day in Boston, walking the Freedom Trail and visiting the Boston Tea Party Museum.

We started the Freedom Trail at Boston Common, America’s oldest public park. Then, on to the Granary Burying Ground, an old cemetery, full of well-known revolutionaries.  Some sites dating back to the late 1600s. 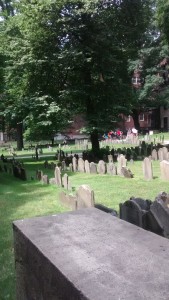 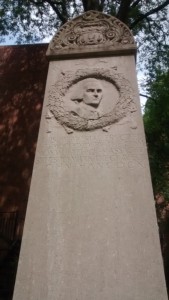 Some of the famous heroes include Paul Revere, Samuel Adams and John Hancock.  Also, I found an Asaph and Elizabeth Elliott; Elizabeth was aged, “20 something.” 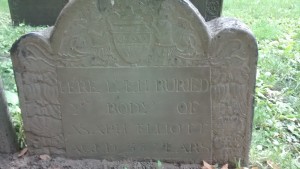 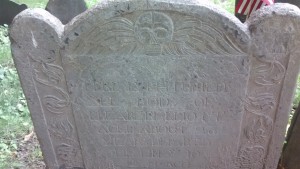 The Freedom Trail takes you through old Boston.  A highlight for me was seeing the site of the first public school. 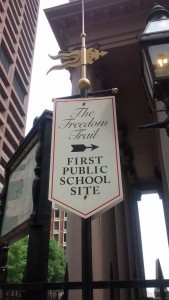 We stopped at the Common one of our typical picnics, bread and cheese. 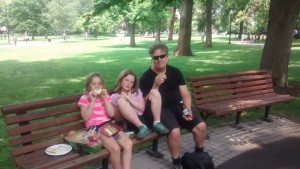 Then, off to the Boston Tea Party Museum.  We were each given roles and feathers to use as disguises. 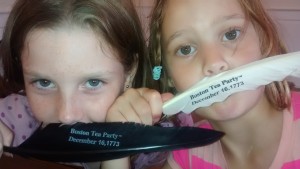 The kids were able to protest the taxes issued by the king and throw crates of tea overboard. 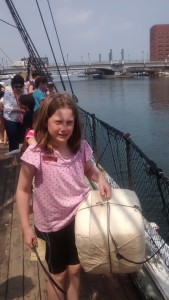 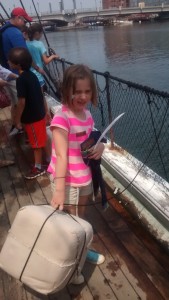 We were all tired at the end of the day though needed a swim.  We went to Nantasket Beach on the way back to Hingham. 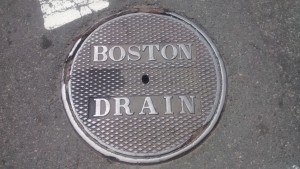 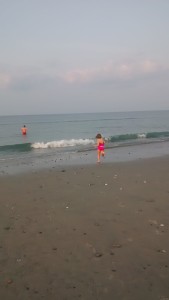