In Franconia, New Hampshire, we visited Frost Place — the home where Robert Frost once lived and wrote his most famous poetry.

We sat on his old front porch, looking out at his front garden.

And, went for a walk in the forest, reading several of his poems about the area.

We’ve camped only at national, state or provincial campgrounds. And, most offer evening programs though we didn’t get to very many because we were always out & about.  However, we did learn about moose — a good thing because it seems we have been avoiding them on the highways for most of the trip.

In Springfield, Massachusetts, we visited a memorial garden dedicated to Dr. Seuss. Theodor Seuss Geisel was born and lived in Springfield. 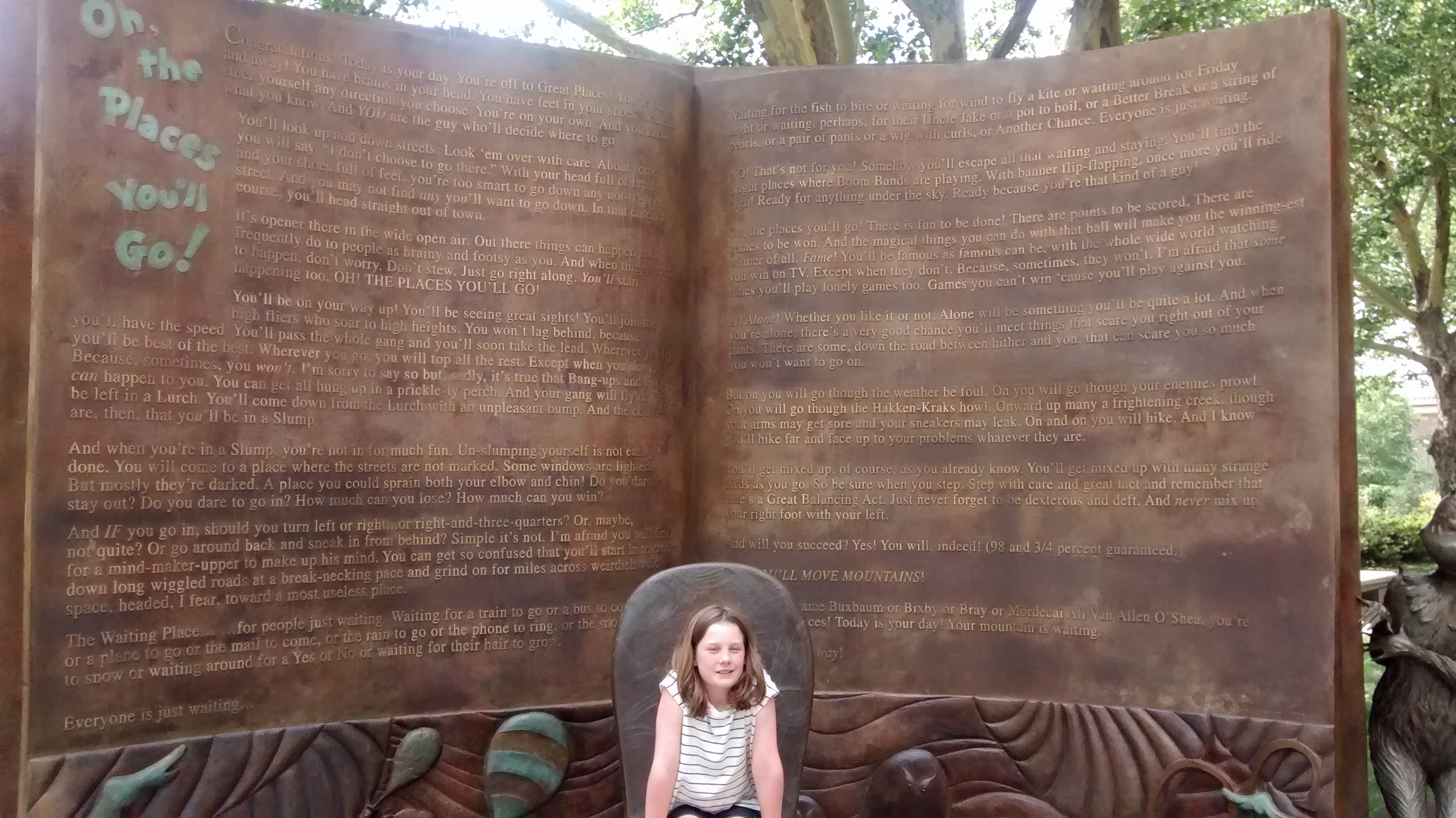 In an earlier post, I raved about all of the wonderful free activities that we had discovered on our travels.  Well, in Franconia Notch State Park in the White Mountains, you have to pay for everything!

We went to see the Flume Gorge which was beautiful but quite touristy & expensive.

And, we hiked around some waterfalls. 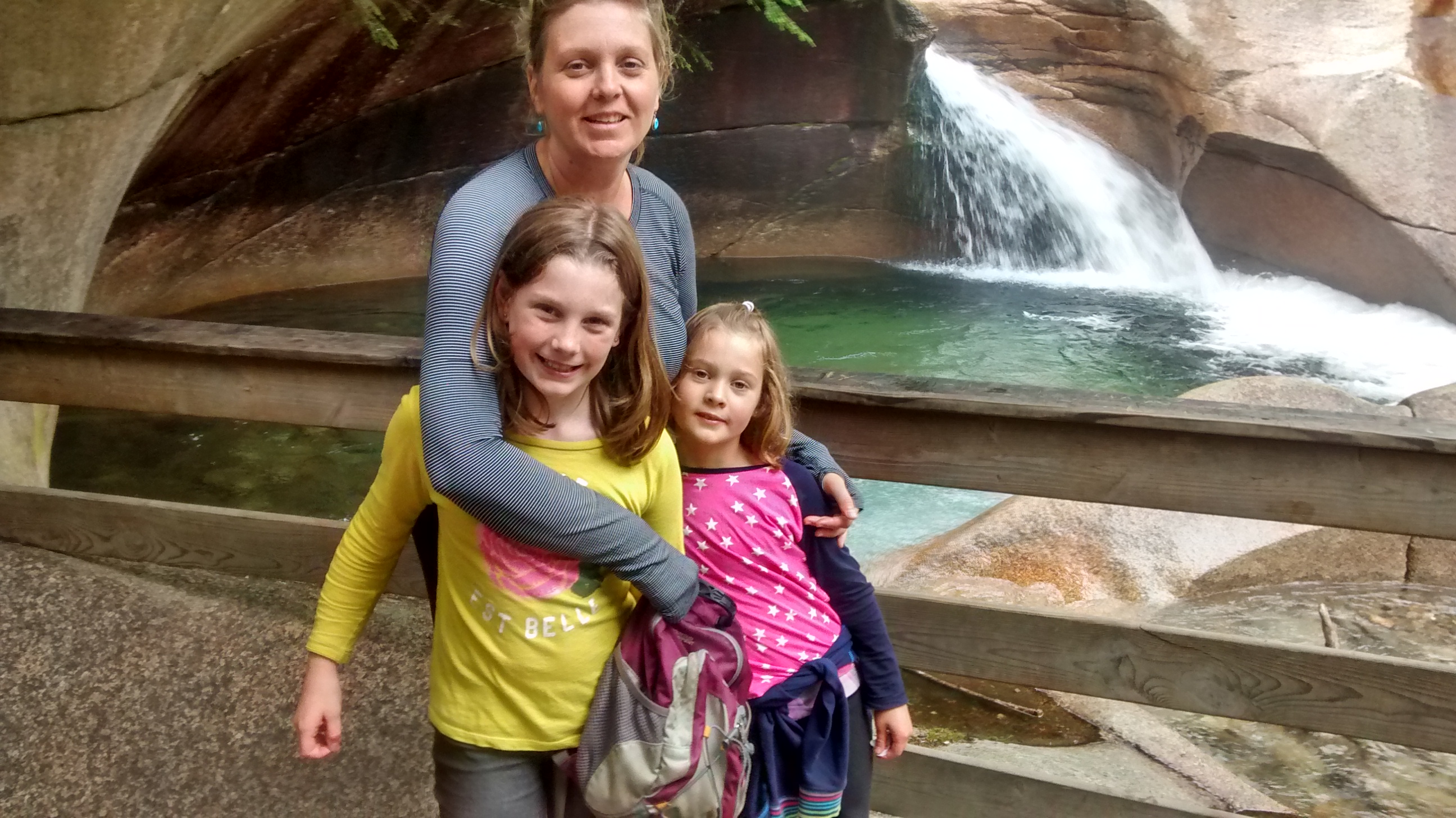 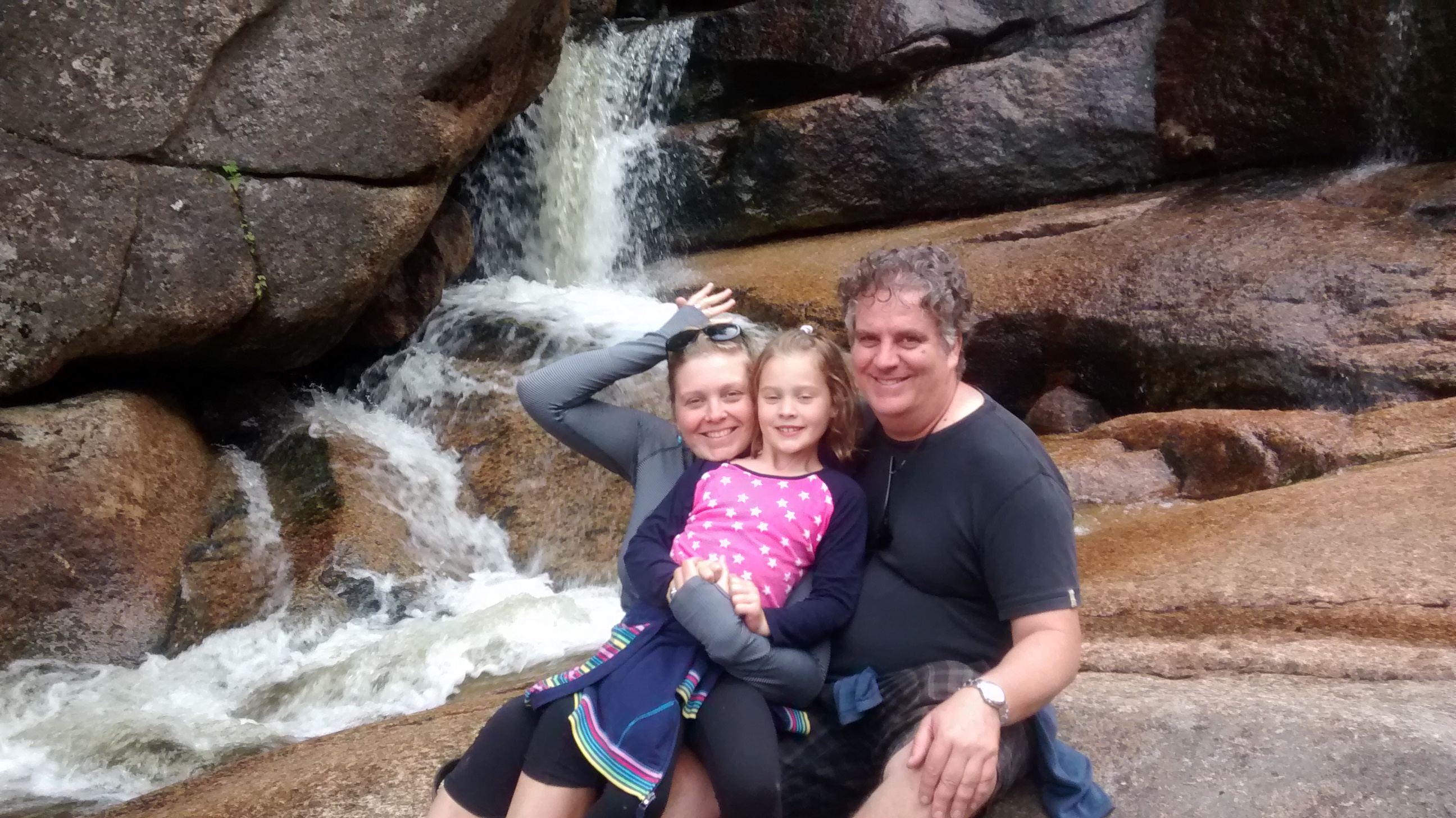 While in Vermont, we happened to be passing by Ben & Jerry’s Ice Cream Factory so we had to stop in.

We went to see the Flavour Graveyard — apparently, peanut butter and jelly was not a popular flavour. Who would have thought?!

There are lots of things going on in Montreal.  As we wandered, it seemed like we stumbled upon festival after festival. The swing was part of the Just for Laughs Comedy Festival. I’m surprised by all of the free events….it’s such a treat!

Almost 4 weeks have passed since we ate at Katz’s in NYC, so we had to try Montreal’s Schwartz’s Deli. It’s been smoking meat for 80-something years.

We walked around for several hours.  Sophie thinks Vancouverites are much healthier — “Why does everyone smoke?”

And, we were all a bit tired.

Yesterday, we cycled 28 kilometers around Quebec City. We’re staying at the city-run campsite in Beauport which offers free bicycles.  You can imagine the condition of the bicycles; however, we decided to cycle to le centre ville. My bicycle had a terribly bent tire but we discovered that Quebec City has great cycle paths. 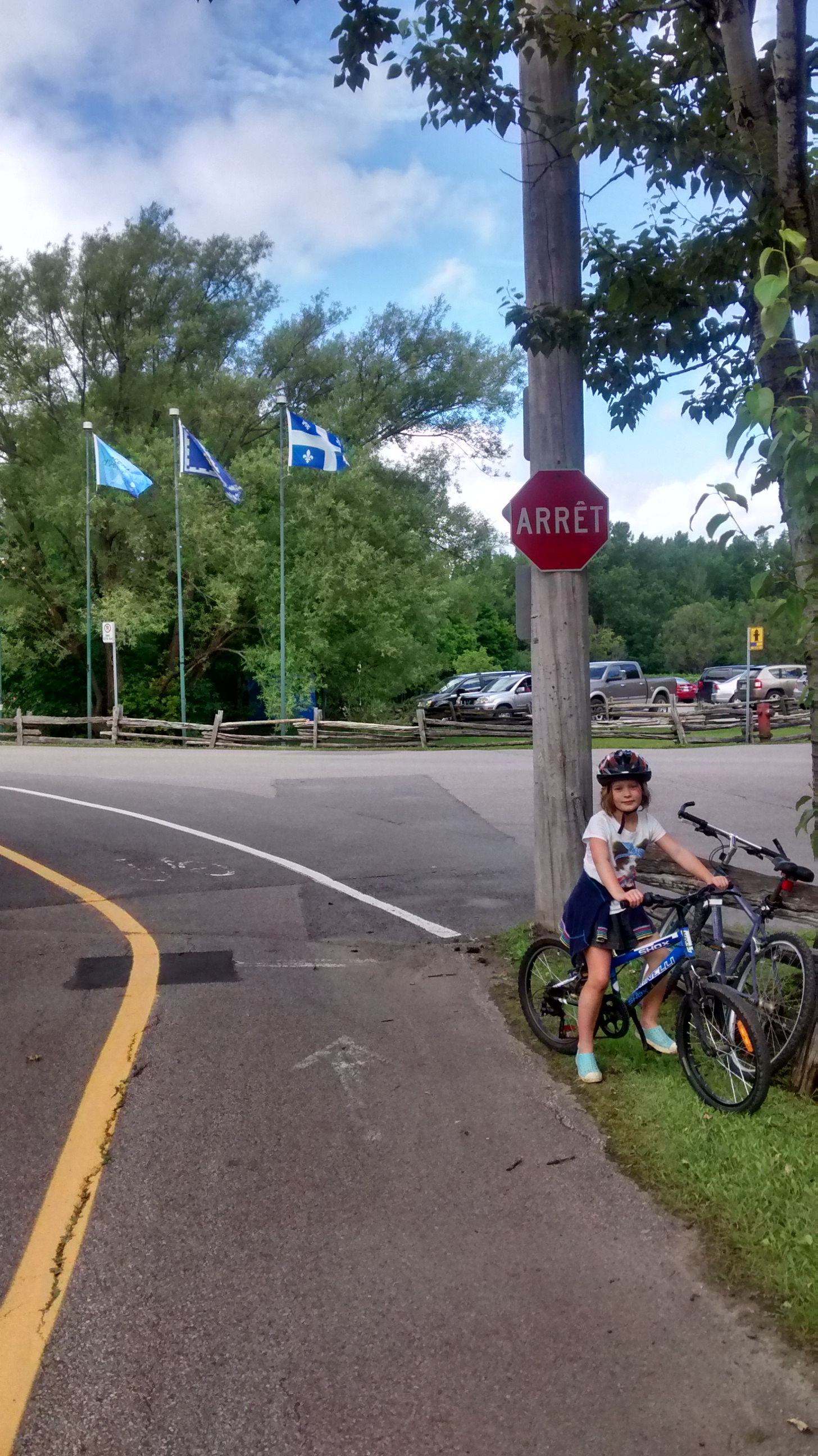 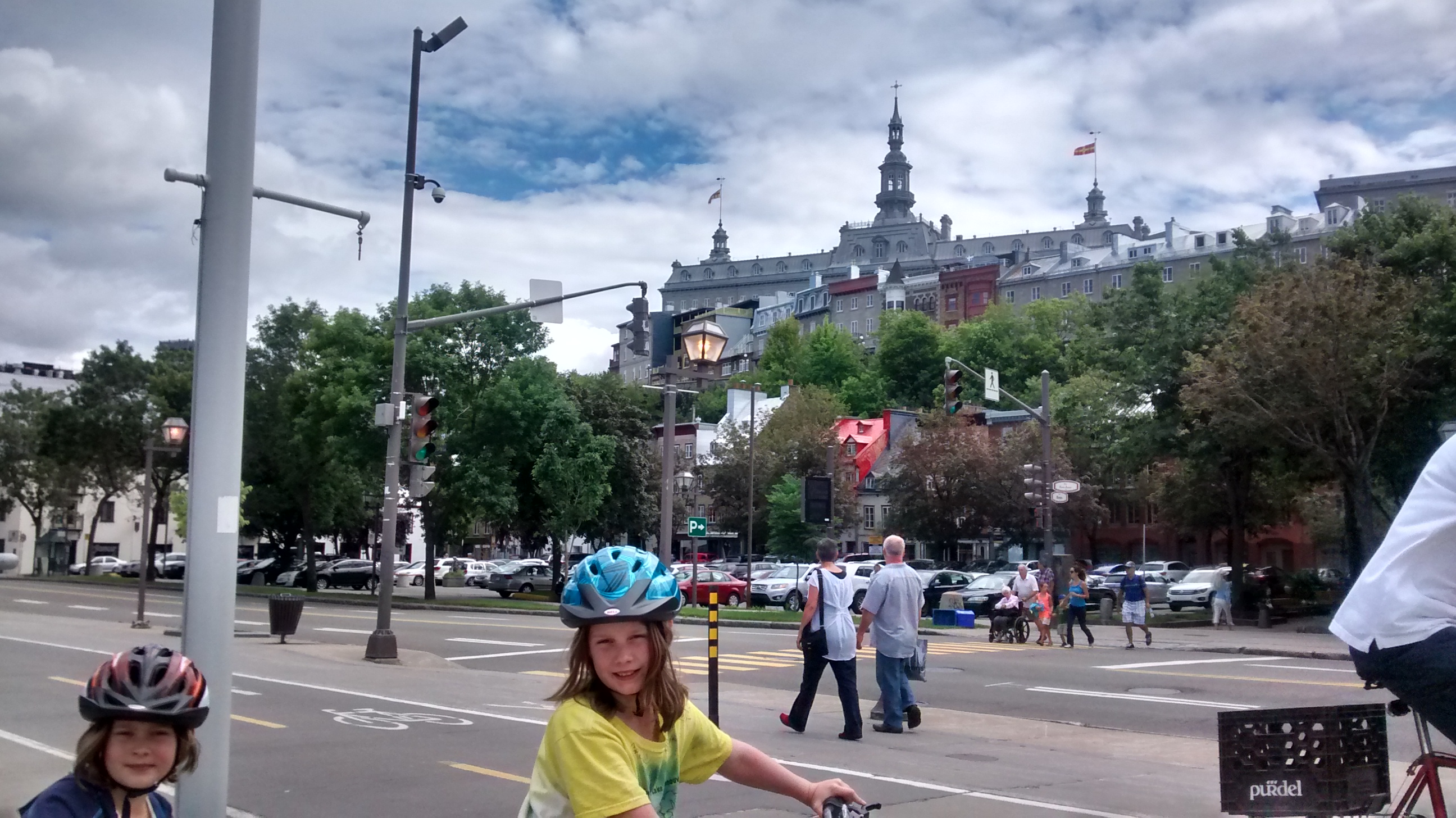 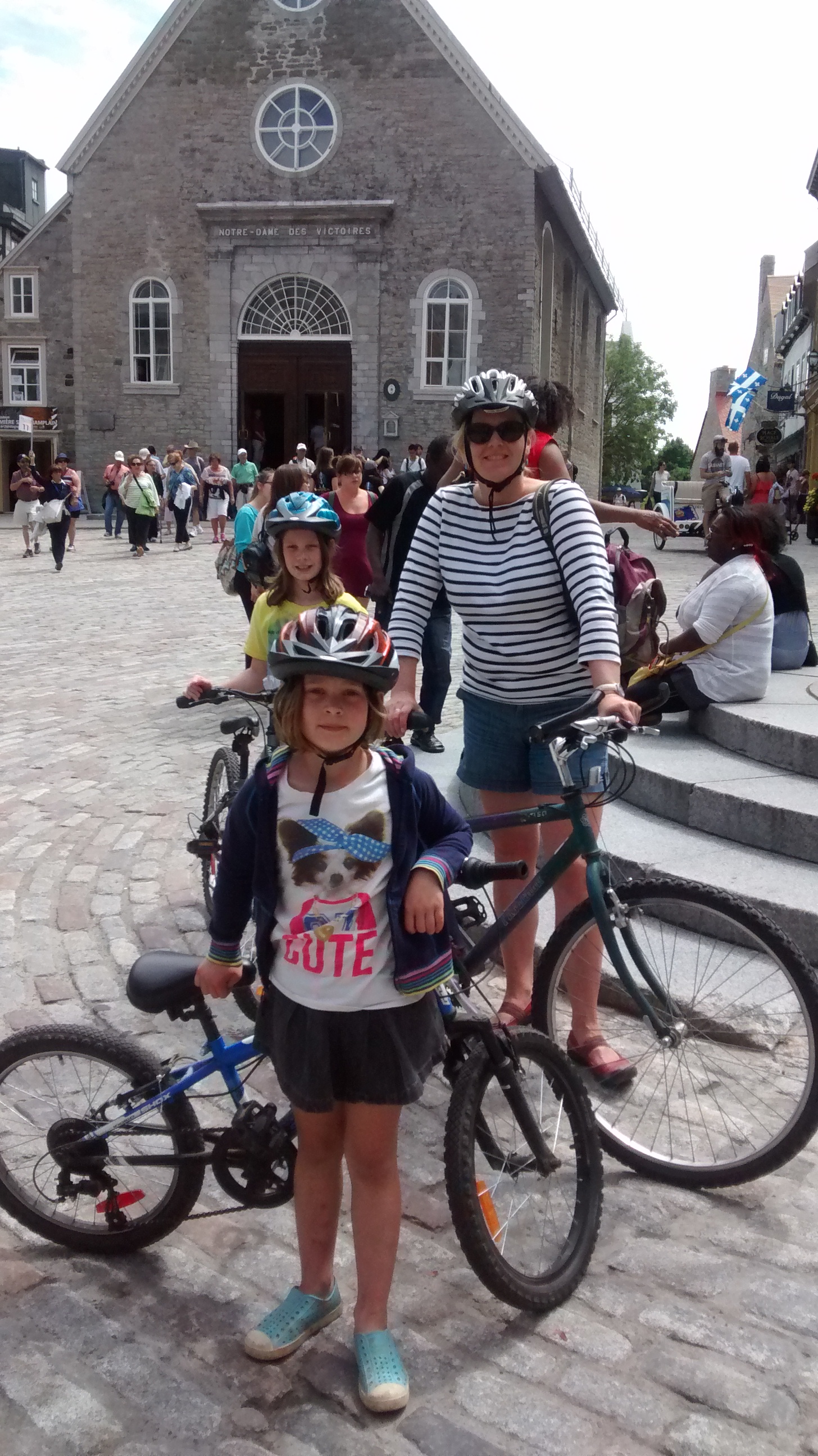 We stopped at the Marche de Vieux Port for yet another picnic lunch — quiche lorraine. 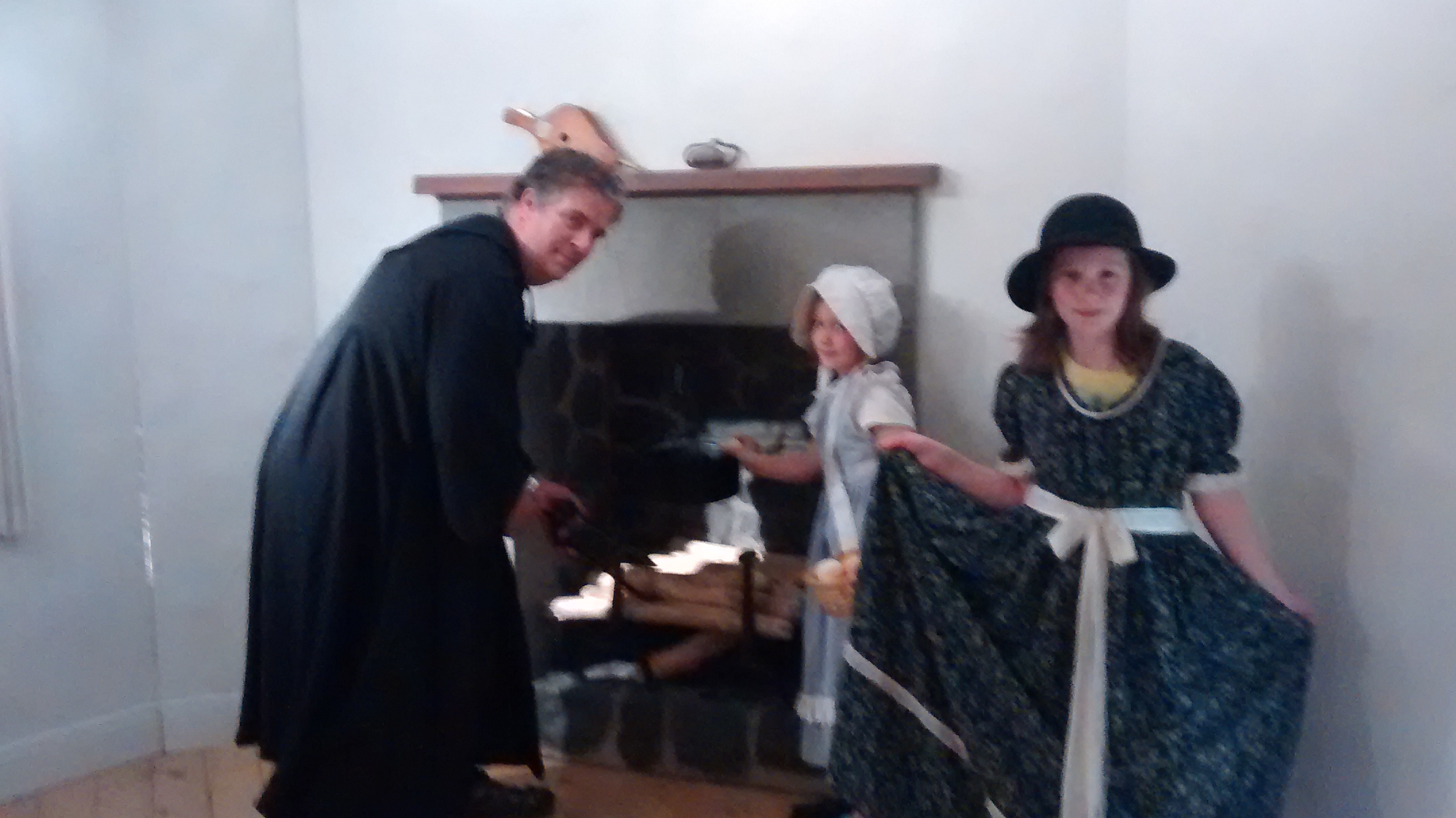 We feasted on some traditional French-Canadian delicacies — poutine!

And of course, we had to stop by La Petite Cabane a Sucre for la syrup d’erable!

C’est fantastique! We’ve been exploring the old city & its walls. Quebec is the only walled city in N. America, north of Mexico. 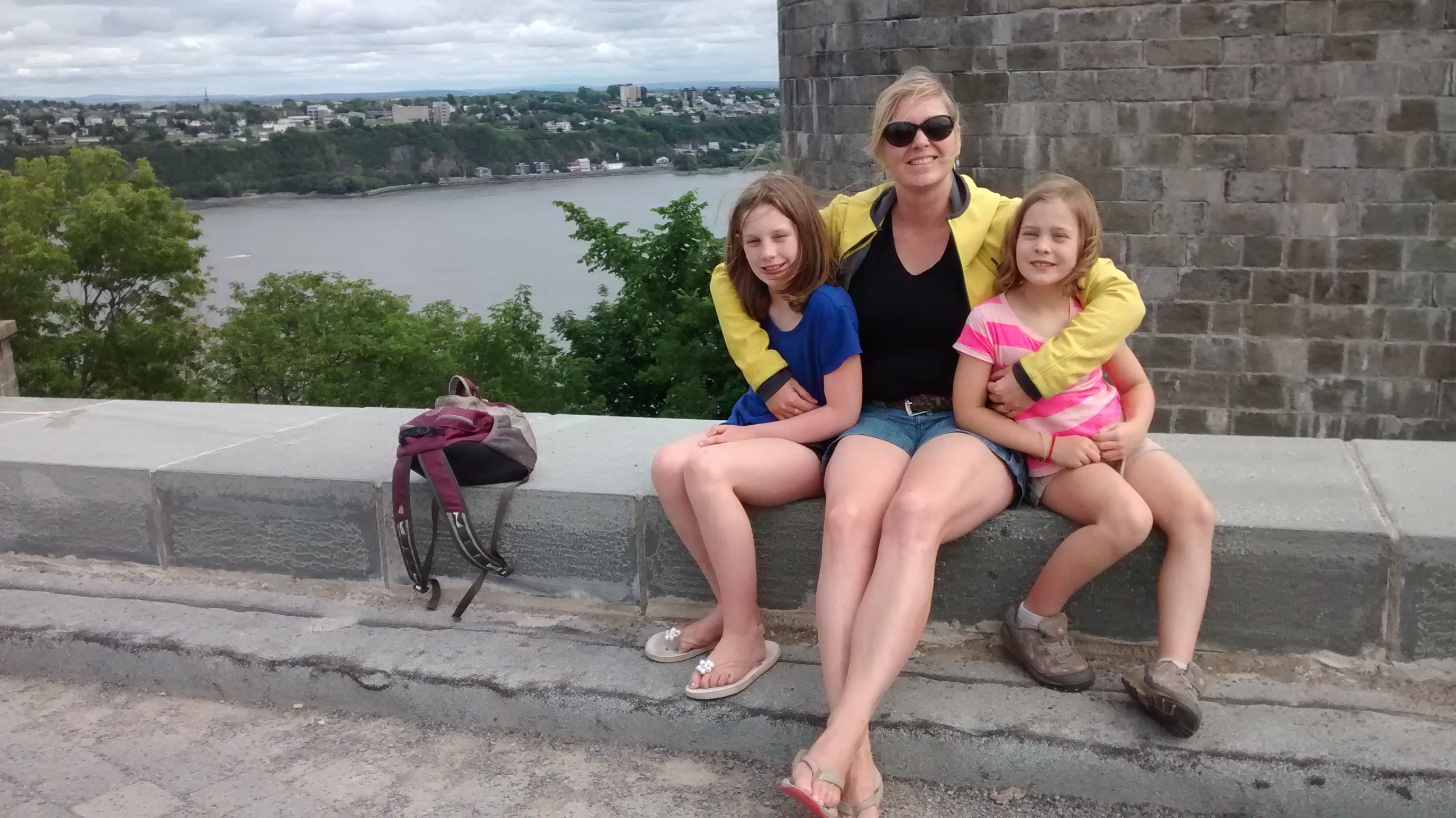 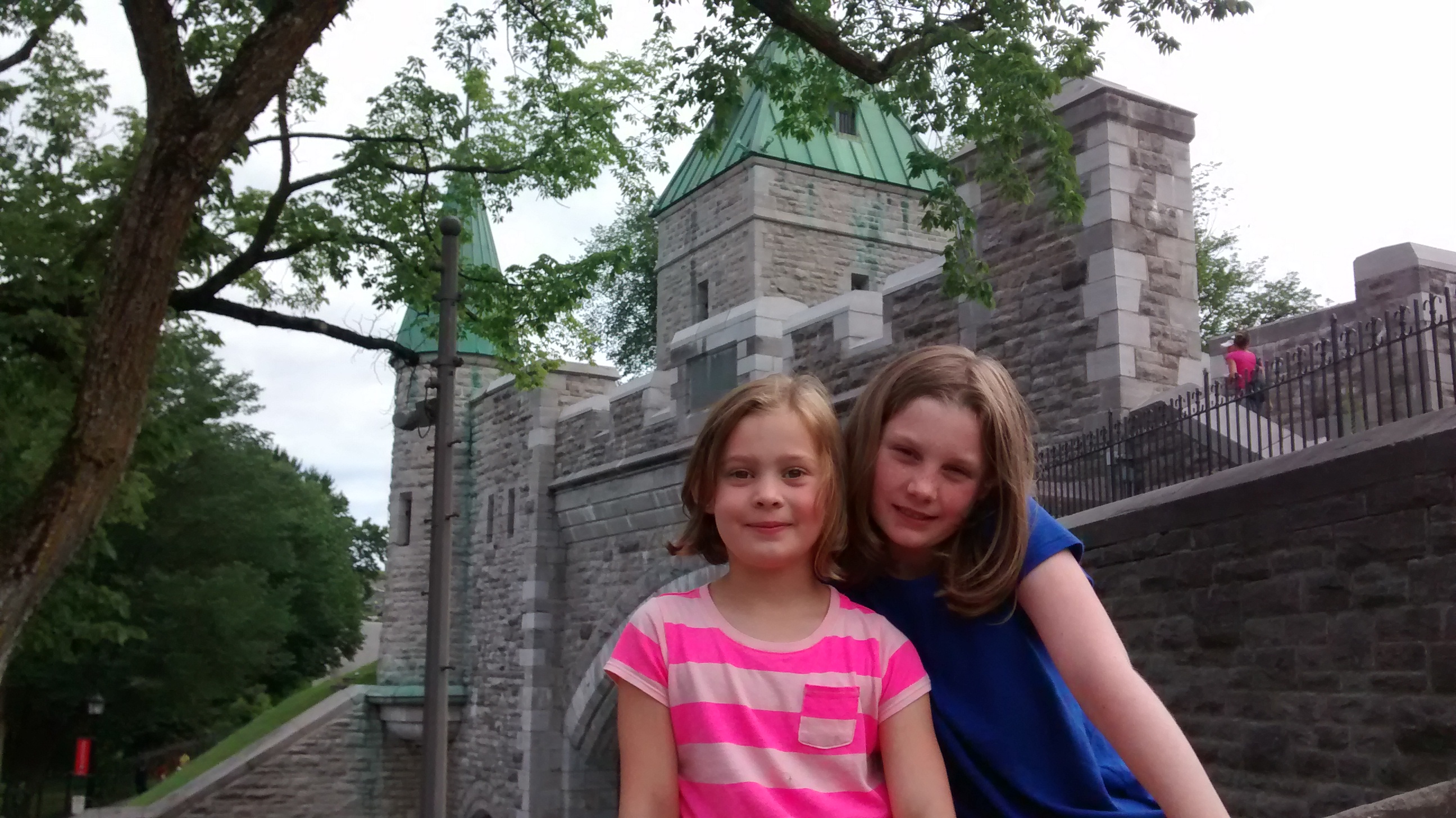 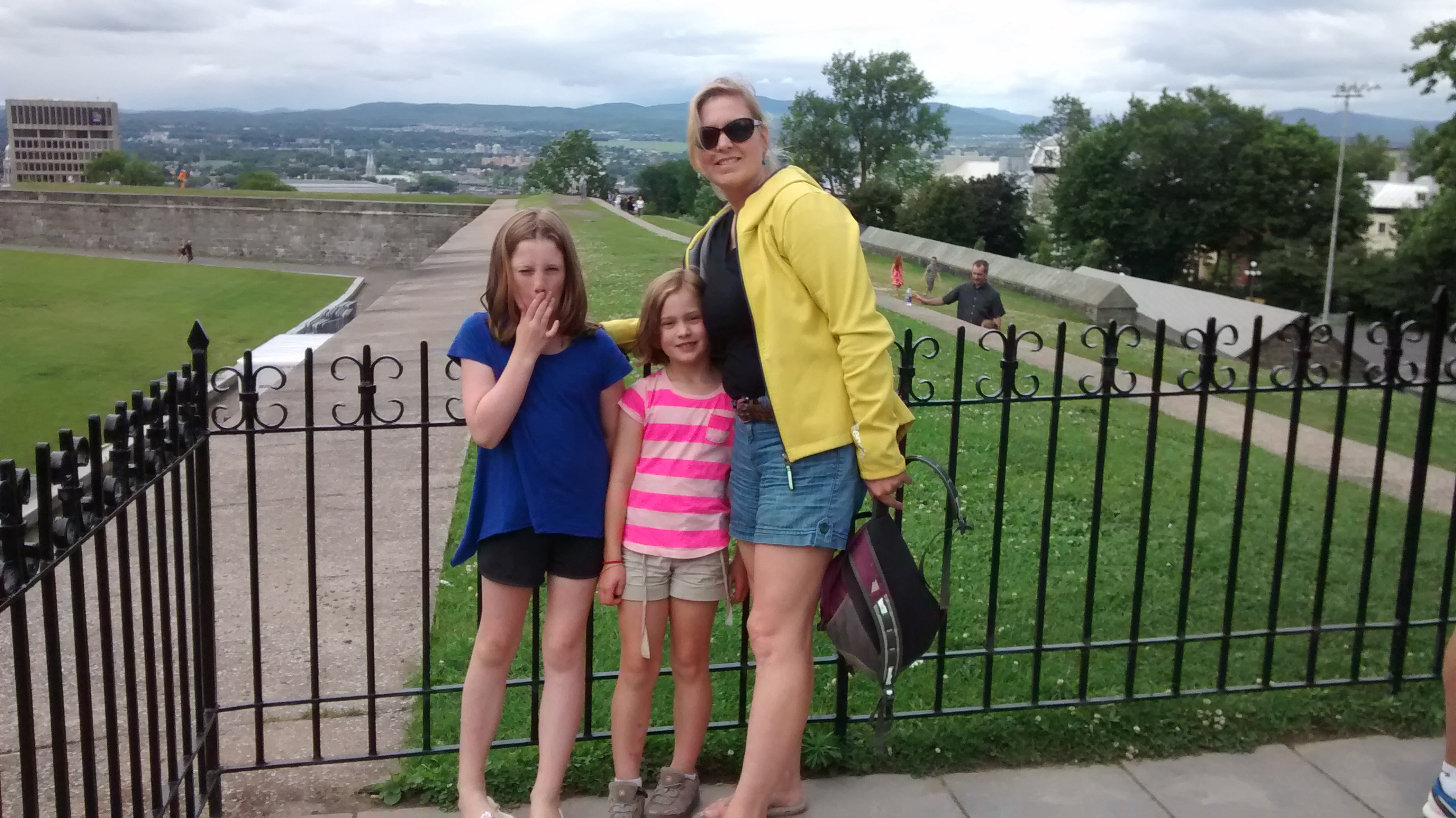 We went to see the Chateau Frontenac. 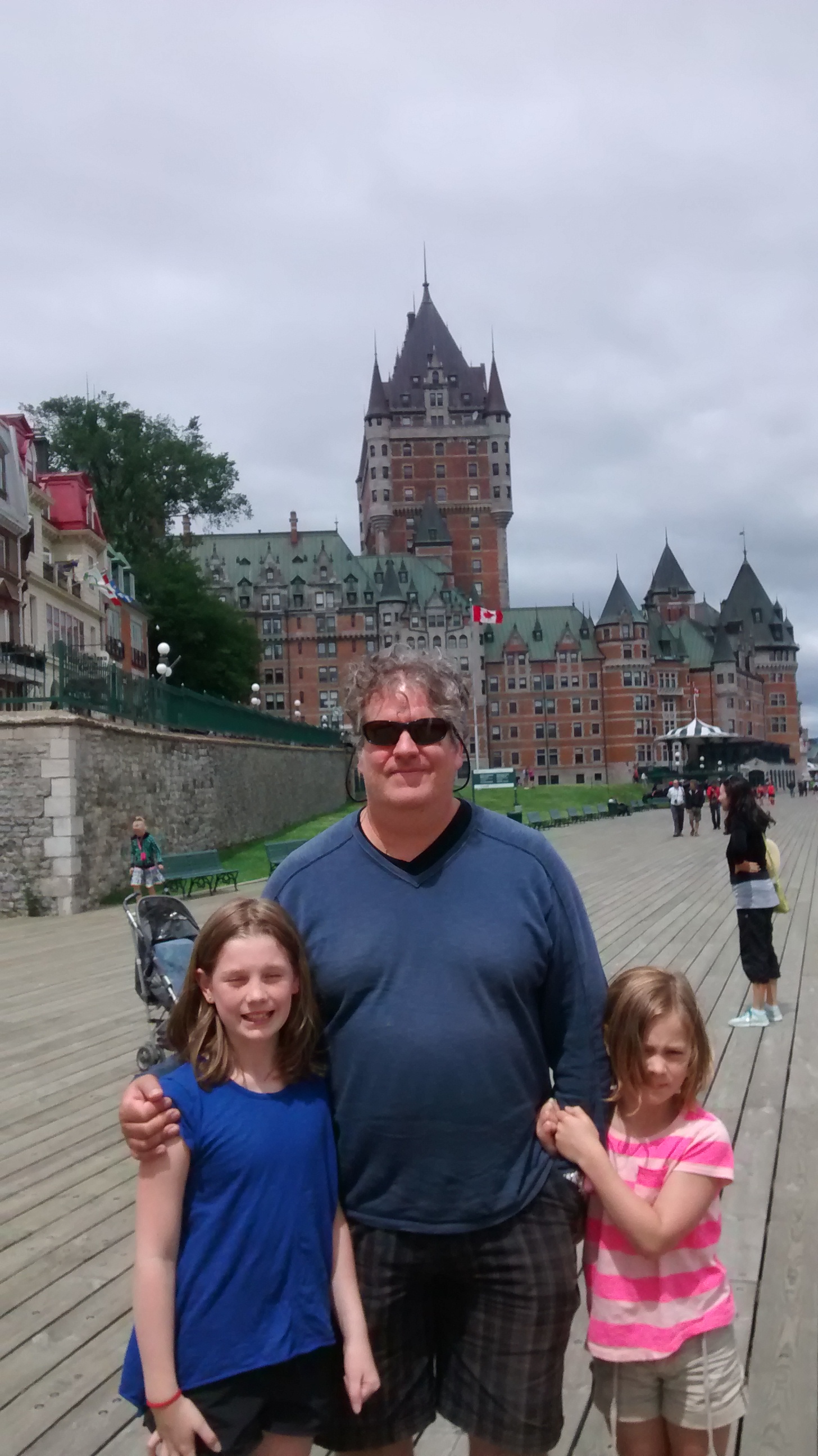 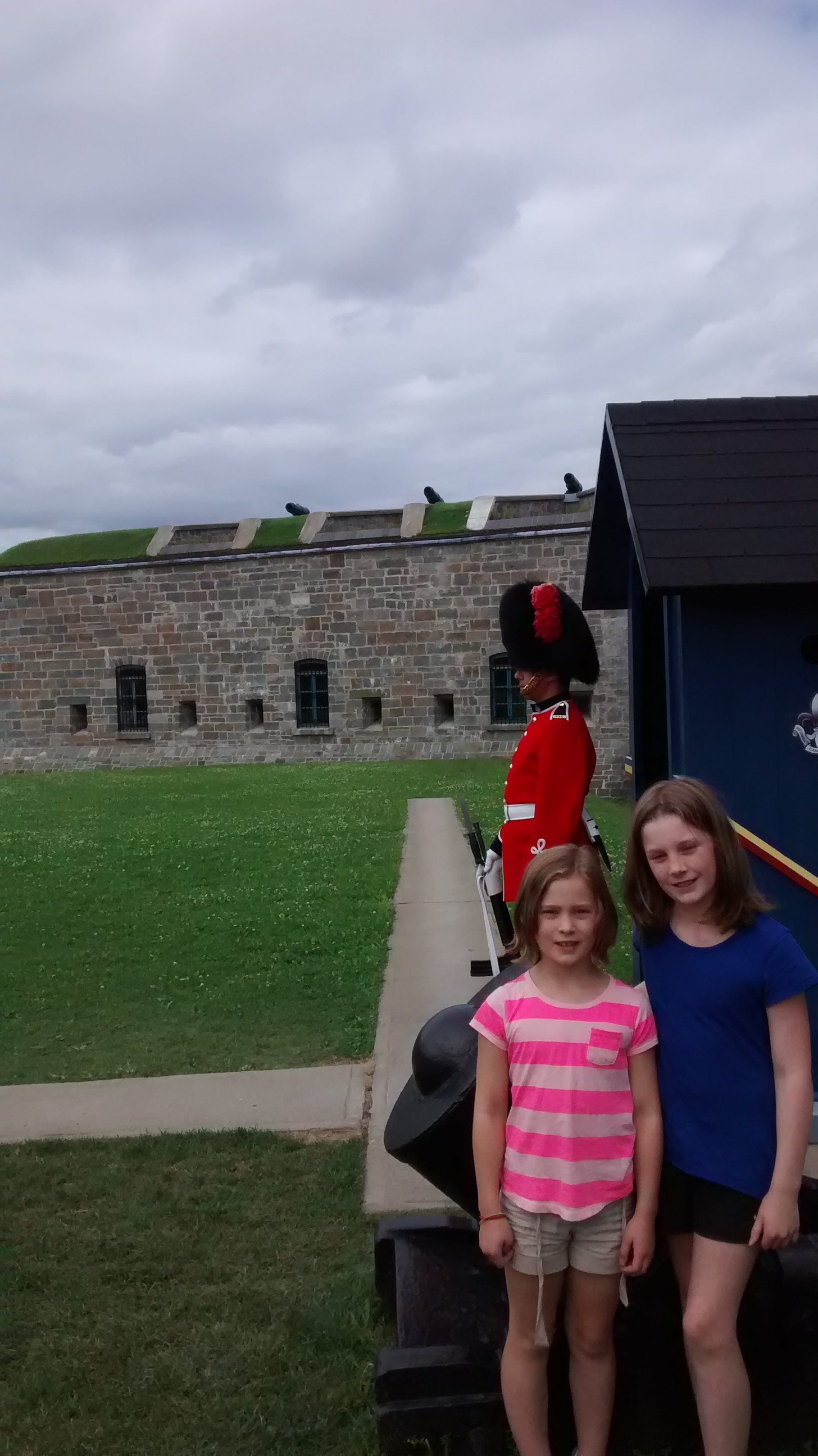 And, we wandered the old streets, went to the Citadel and saw a free circus in the evening.  It was incroyable! –very Cirque de la Soleil. 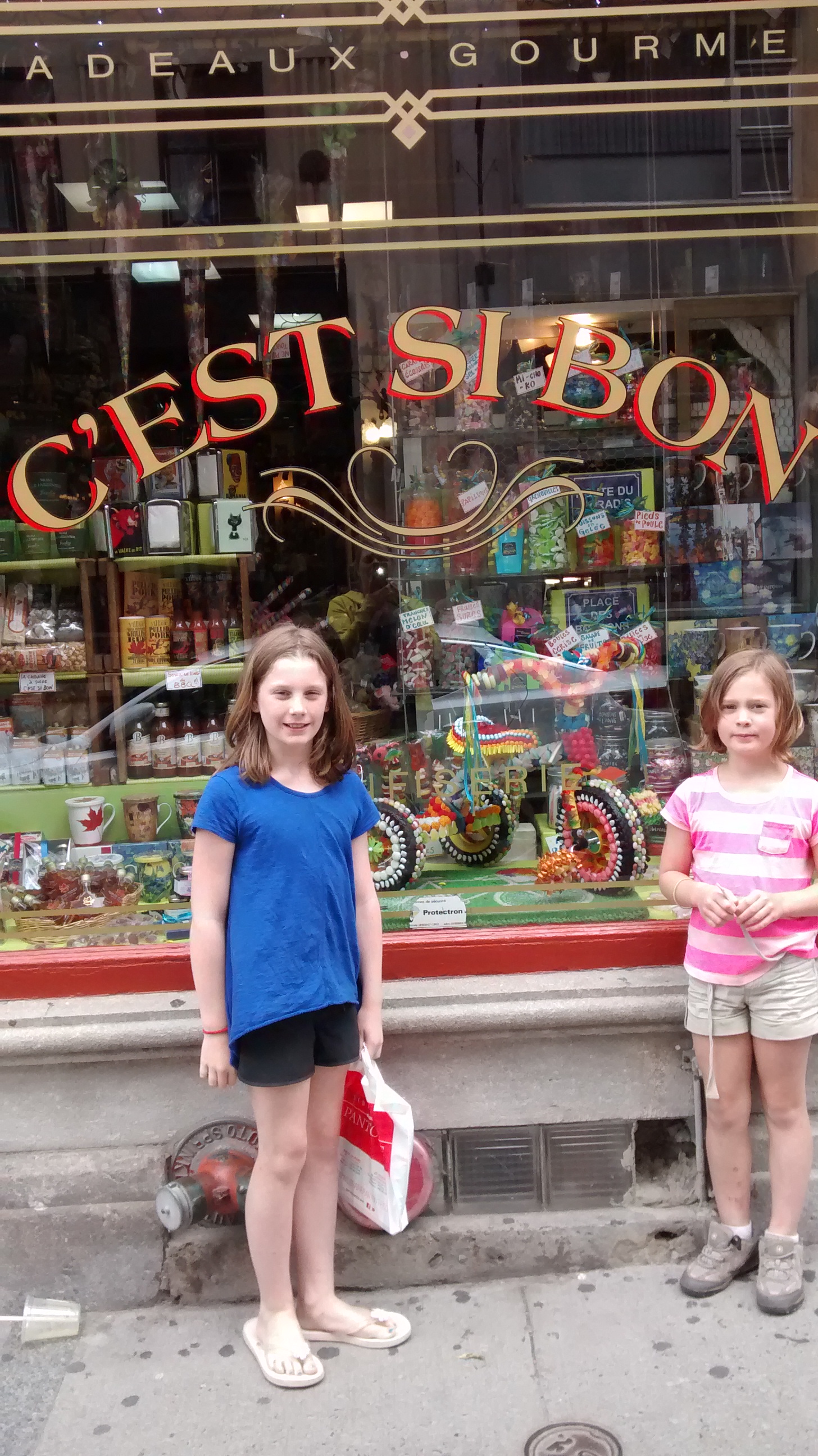 Archeologist-in-training, Olivia Bowyer-Smyth has unearthed an ancient coin at the Citadel in Old Quebec. 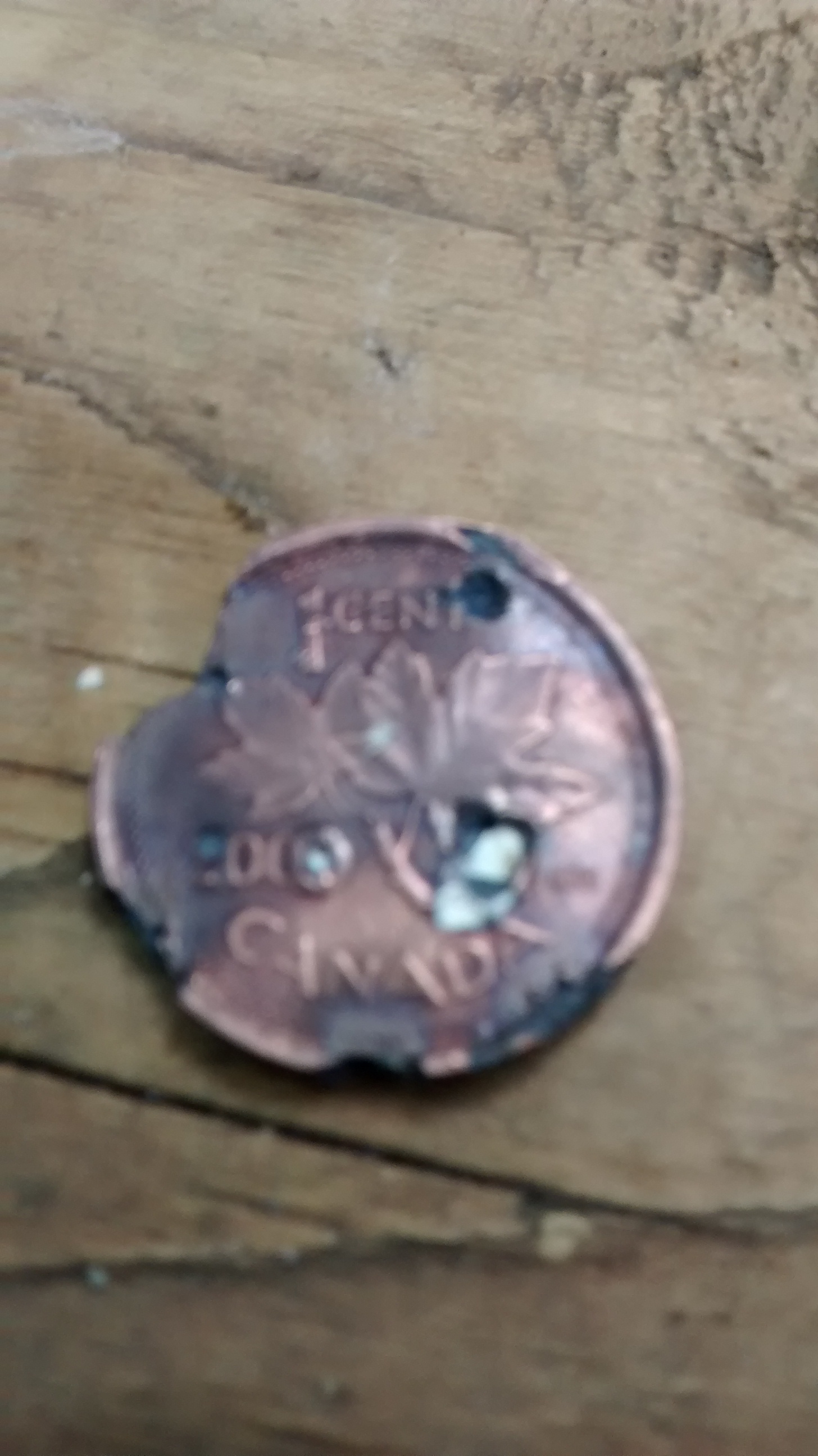 Radioactive date tests have been inconclusive.  Whether or not it was Samuel de Champlain’s coin remains a mystery. 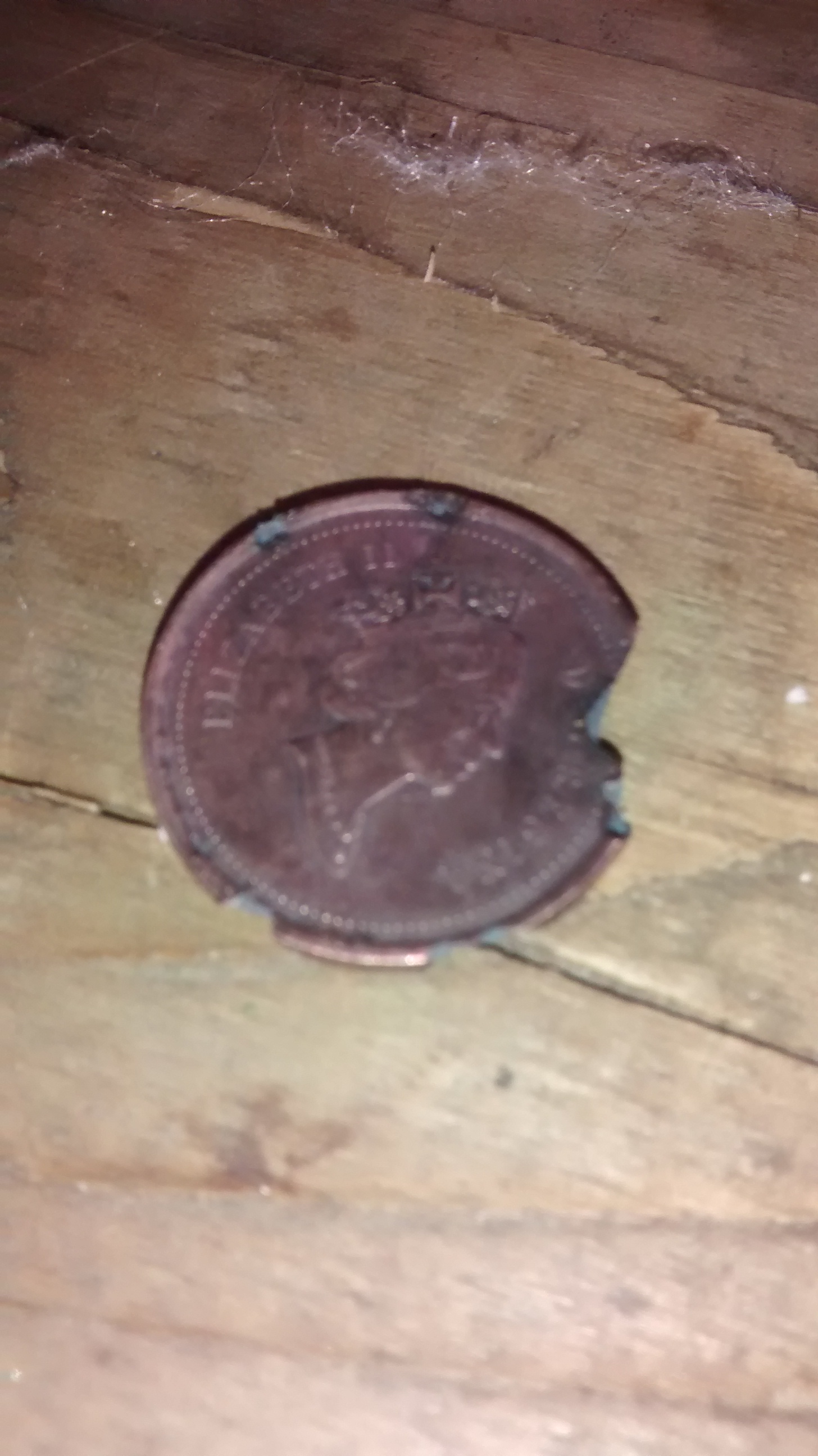 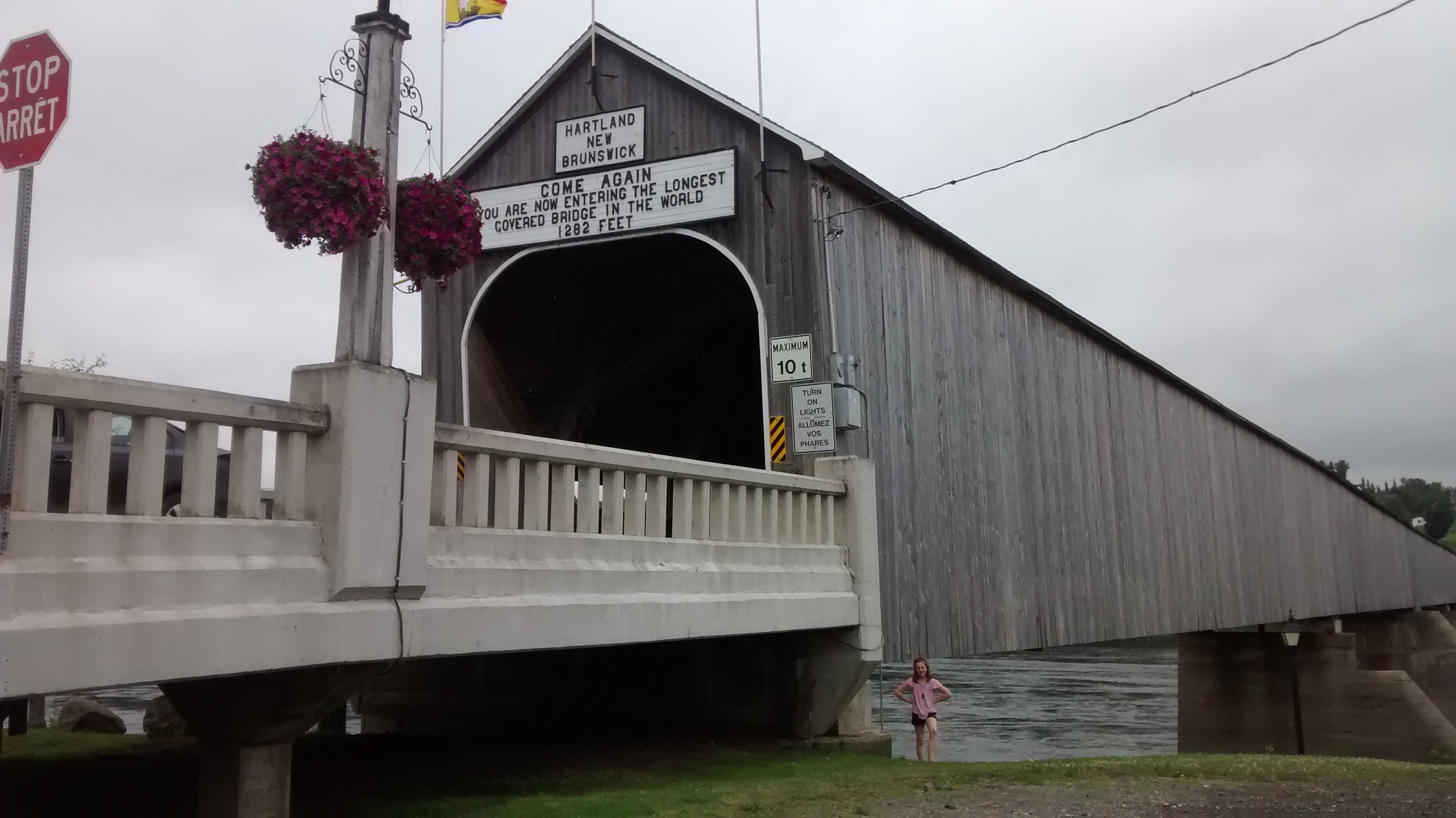 We stopped alongside it for a picnic.  The kids are getting rather tired of picnics. 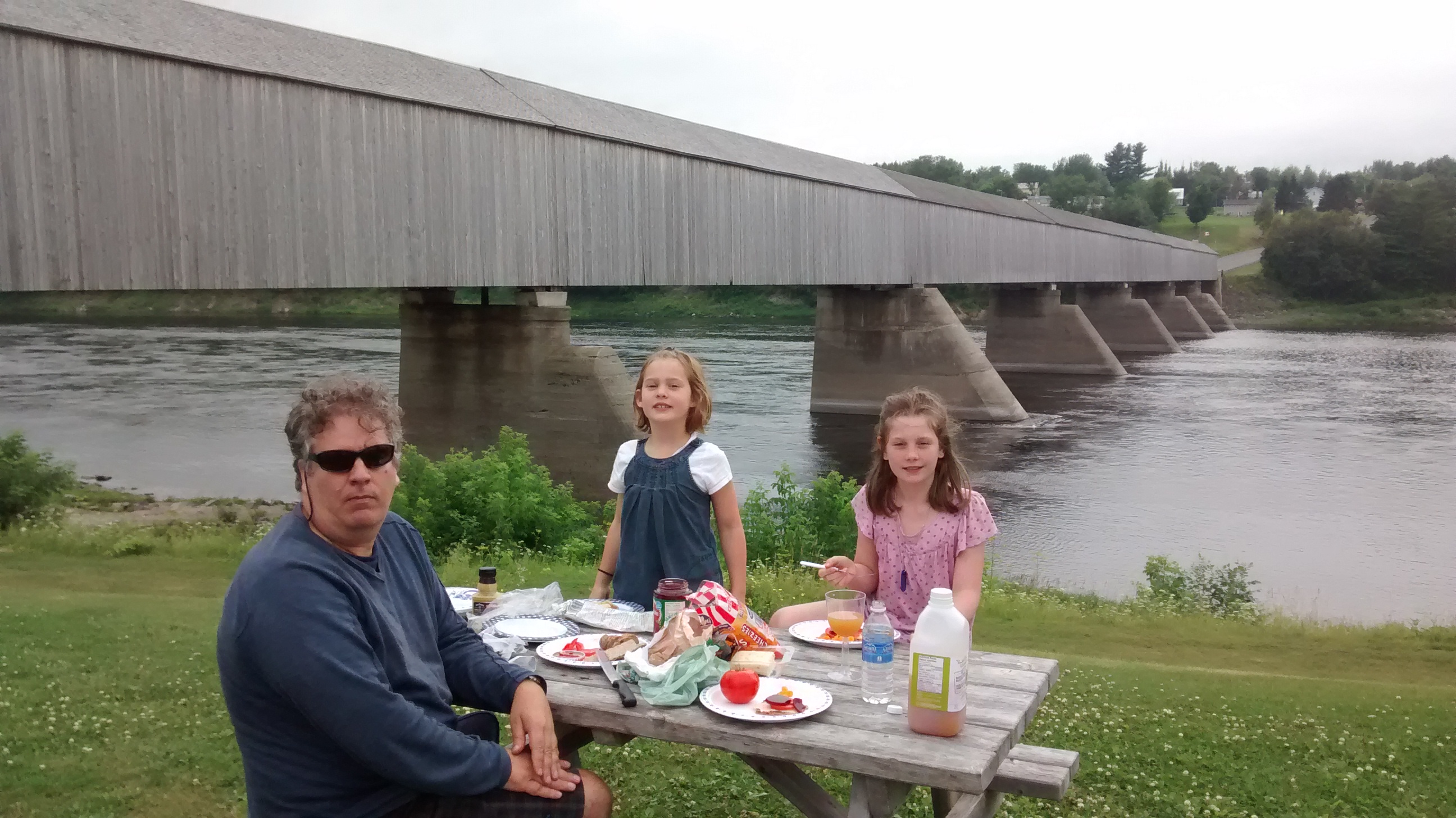