We spent the day in Halifax, touring the Canadian Museum of Immigration at Pier 21, the Maritime Museum of the Atlantic, Citadel Hill National Historic Site and Halifax Harbour. It was a busy day!

I found Pier 21 emotional — it was the gateway into Canada for over a million immigrants from 1928-1971.  There are video testamonials from new Canadians, grateful for a new start in a ‘new’ multicultural county. 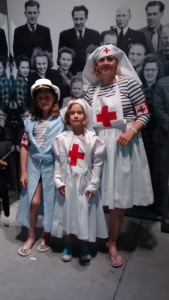 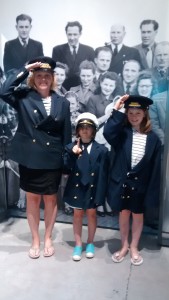 At the Maritime Museum, we learned about Cunard, the Halifax Explosion and the rescue efforts sent out from Halifax to the Titanic.

Moored outside of the museum, we boarded the Bluenose II. 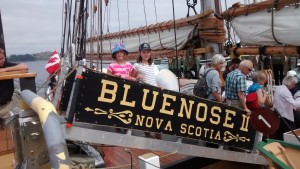 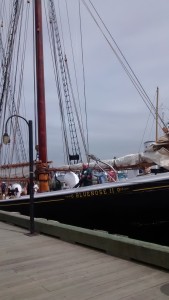 Then, up to the Citadel, a fort at the top of Halifax’ central hill. Apparently, this is the 4th fort that has been built.  The original was built in 1749. 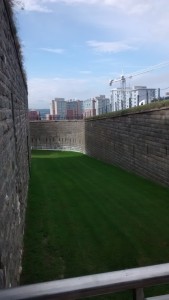 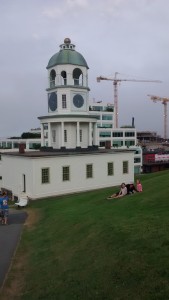 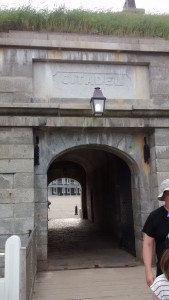