Today, we experienced a true New York deli.  Katz’s deli has been around since the late 1800’s.  It was frantic and fun –a fantastic way to celebrate the fourth of July. 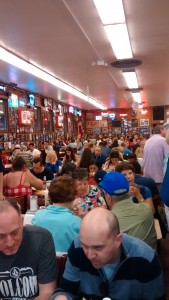 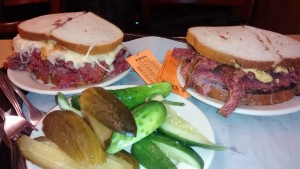 I’ve never seen so much pastrami or corned beef on a sandwich. 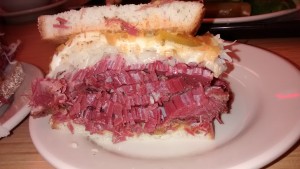 The matza ball soup was delicious and also, enormous. 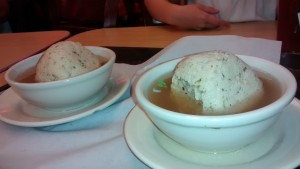 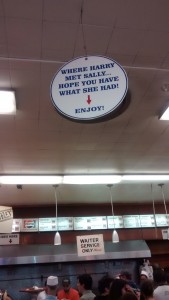 Katz’s Del was definitely one of our NYC highlights though I think we’ve had enough pastrami and corned beef to last us for a very long time.